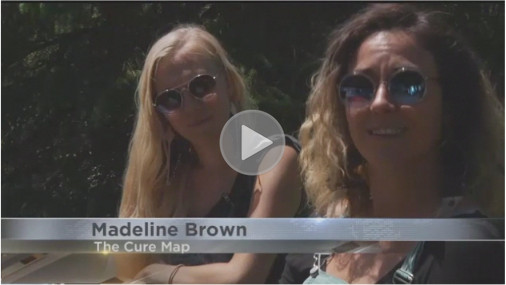 Kelsey Peterson and Madeline Brown are featured in a story by NBC affiliate (KBJR 6) out of Duluth Minnesota. They have spent their summers on Madeline Island for decades. But Peterson’s memories on the Island now include one life-changing moment on the Fourth of July 2012 when she broke her neck in a diving accident.

Peterson and her friend Madeline Brown just finished a trip circling the United States, interviewing people with spinal cord injuries and those working toward finding a cure for paralysis.

Their project is called “The Cure Map”, and they set out to map the progress in spinal cord injury research throughout the country. They plan to create a full-length documentary chronicling the trip.